Important Things to know about Concussions

Auto accident concussions can be very serious, these injuries are often missed. A concussion may occur from a blow to the head directly (from hitting the windshield, dash, steering wheel, headrest, etc.).  This is called “coup” and may result in swelling or bruising of the brain, which is very serious, and could ultimately lead to permanent brain injury, or death.

On the other hand, there is another type that could happen without hitting your head on anything. For example, if your head suddenly changes direction (such as in whiplash) and the brain is still moving inside your skull,  and the skull suddenly reverses direction, that momentum continues to move the brain forward until it actually hits the skull inside.  This is called “counter coup.” The head did not actually hit anything, but the brain bounced around inside of the skull, this can have the same kind of injuries as a direct hit to the head. As a result, it can cause bleeding and swelling to the brain.

Concussions that are very serious. In fact, many sports authorities will not let a player that is suspected of suffering from a concussion return to playing without their doctor’s release. In addition, there may be a chance for a repeat of that injury (which is called Second Impact Syndrome) which has claimed lives of several athletes each year.  That can happen even if the person is feeling okay, and gets hit in the head again way too soon.  As a result, that’s why many football players have to stay out of several games, even though they have been paid millions of dollars to play.  Also, if there is a small hemorrhage or swelling on the brain, it potentially could be life threatening.  If you think you, or a loved one has sustained a concussion, please seek immediate medical attention.  Isn’t it better to be safe than sorry?

The wife of famed actor Liam Neeson, Natasha Richardson, passed away after what appeared to be a minor fall while skiing. This caused some epidural bleeding which gave her the symptom of a headache. Unfortunately, before anyone realized what was wrong, it was too late and she passed away.  If you feel like you have a concussion, seek immediate medical care and try to avoid sudden movements.

Some possible symptoms of a concussion to look for:

If any of these symptoms occur, these should be a warning. Moreover, keeping an eye on the persona and seeking medical attention immediately is very important.  There are different levels of severity of concussion.  Always pay careful attention to symptoms and find medical care to avoid a tragic mistake. 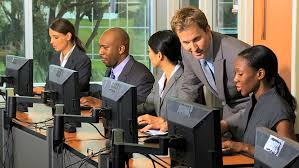 We wanted to create an independent site with honest answers.  We do NOT accept money from anyone.  Any company listed on this site was the result of numerous referrals from the feedback of thousands of injured people, doctors or other attorneys.  Our team has an average of over 20 years of experience dealing with attorneys, doctors, patients and insurance companies.  We wanted to create a place where people can get real answers without all the hype or sales pitches.

Find awesome listings near you!